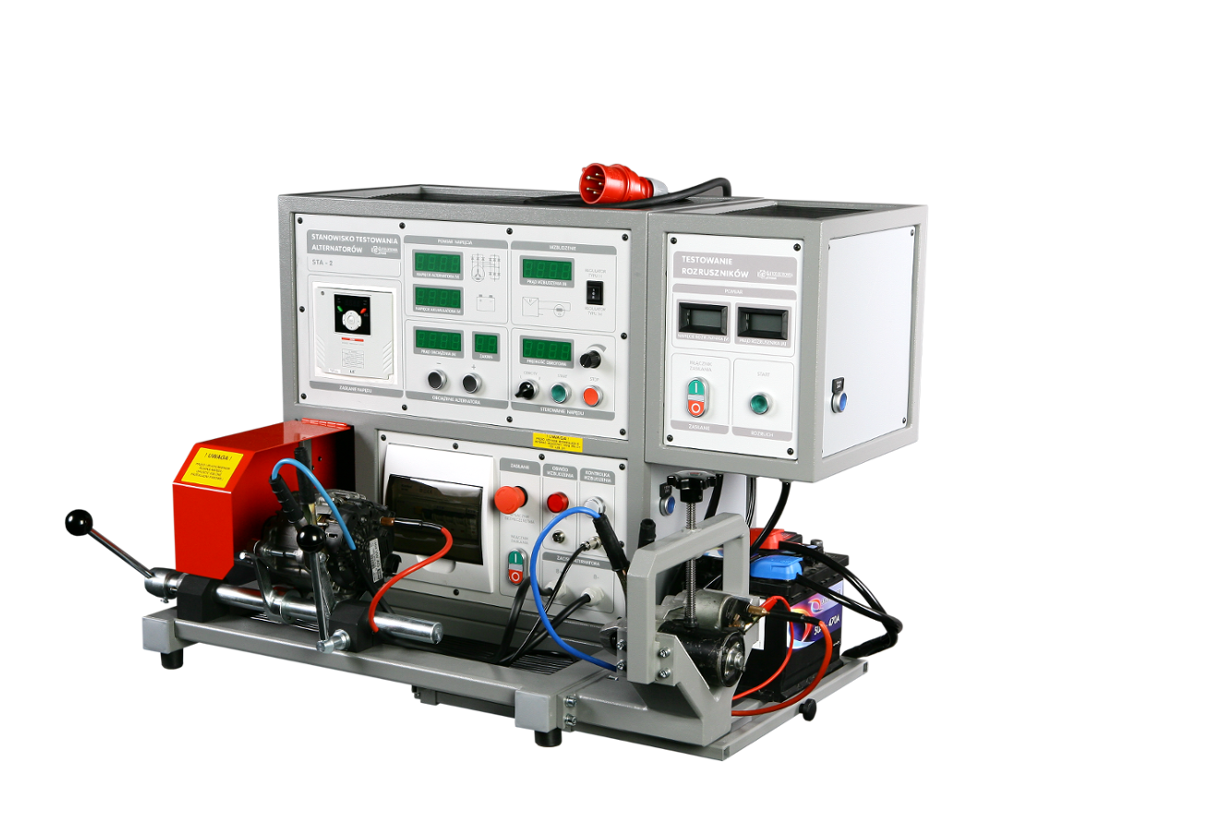 The STA-2 alternator testing stand was designed to measure and observe changes in time of alternator parameters of a nominal voltage of 12V / 24 V in function of rotations and load.

It enables installing and investigation of most alternators and a drive train with the aid of two types of belts: a serpentine belt and a wedge belt.

The alternator is driven by inductive asynchronous motor with the power of 3 kW via an inverter powered from the three-phase grid 400 V. The engine rotations are fl uently adjusted from 0 to 6000 rotations / minute. The alternator’s load power is controlled to 150 A (with a 10 A step).

The stand is equipped with two internal voltage regulators (positive and negative) which allow testing the alternators without an own built-in regulator.